This is really a story of the unexpected beauty of mathematics. If you know me then you know I live in a #thinkingclassroom (via Peter Liljedahl) and love to #spiral curriculum (post about it). This post really speaks to those two ideas.

I am teaching grade 11 College math when this happened but I feel like this could be done in grade 9 or grade 10 as well.

The goal was to review Sum of Squares ( my name for Pythagorean Theorem) Post I wrote about it kinda.

Here was the plan:

I then asked groups to extend the sequence for four more terms.

Then turn them into improper fractions.

Then I asked them to use the two numbers in the improper fraction as the shorter two sides in a right angled triangle and then find the length of the hypotenuse. 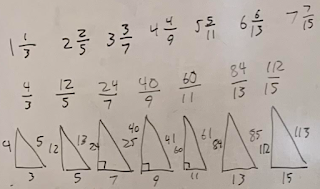 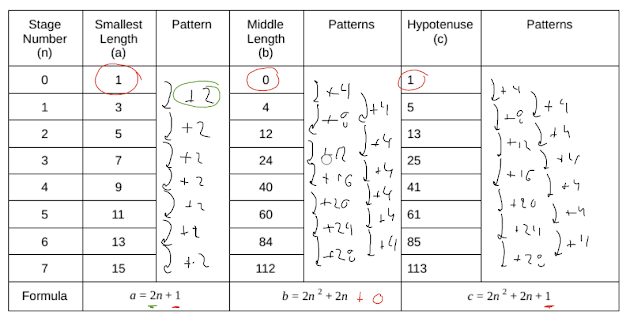 Groups mostly generated the linear equation from the table and used Desmos to get the quadratic equations. One group pointed out that the equation for (c) was just the equation for (b) plus one because the numbers for any stage were just c = b+1 (clever) 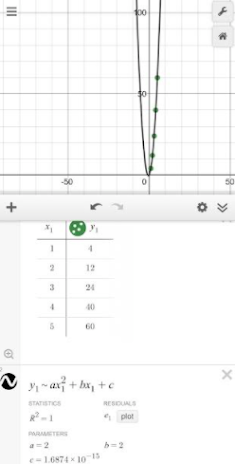 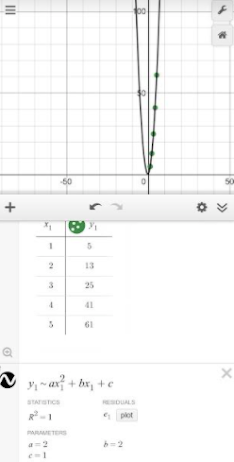 And then what do those columns and equations represent????
The sides of a right angled triangle .... so a^2 + b^2 = c^2
And away some groups went.
In typical thinking classroom style not all groups got to the end as this was pretty difficult work with exponent laws, squaring linears and squaring quadratics and collecting like terms.

And it all just came to me on the fly - Unexpected Beauty!

Here are some pics of the whiteboards. 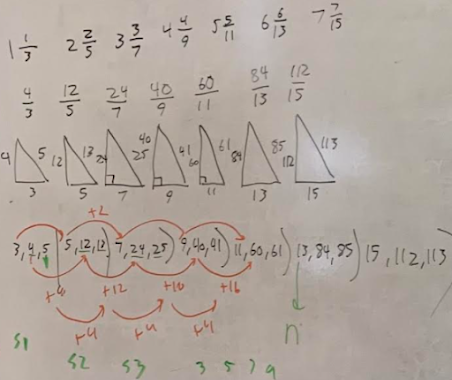 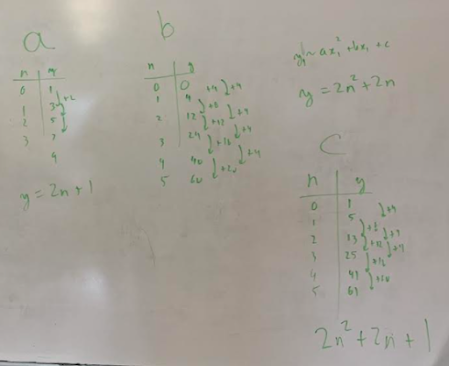 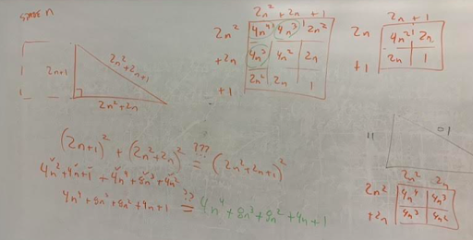 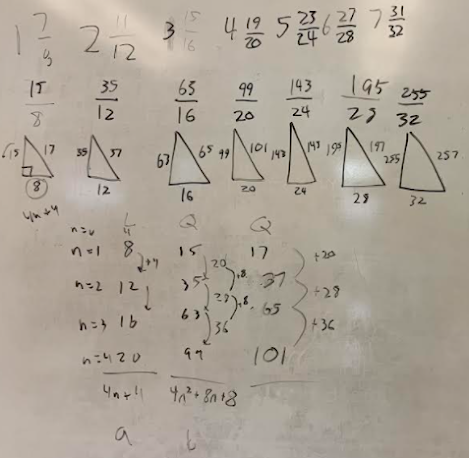 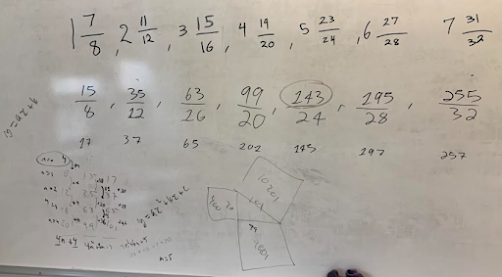 And yes the last picture shows a group knocking it out of the park.
This activity was exhilarating for me as well as the students. It really demonstrates the beauty of spiraling curriculum. Multiple big ideas all in one activity.
Unexpected.

Posted by Alex Overwijk at 9:00 PM No comments: