This a nice one day activity on quadratics.

Students walk in and I spread them around the room and ask them to clear their desks other than a pencil and a blank piece of paper.

Once this is done I ask for a show of hands going through each word in order that I said it. I create a table of values of the position of the word versus the number of people that remembered it on the board. Time for students to get to work. I ask them to create a graph of position of the work versus percent of the people that remembered the word. 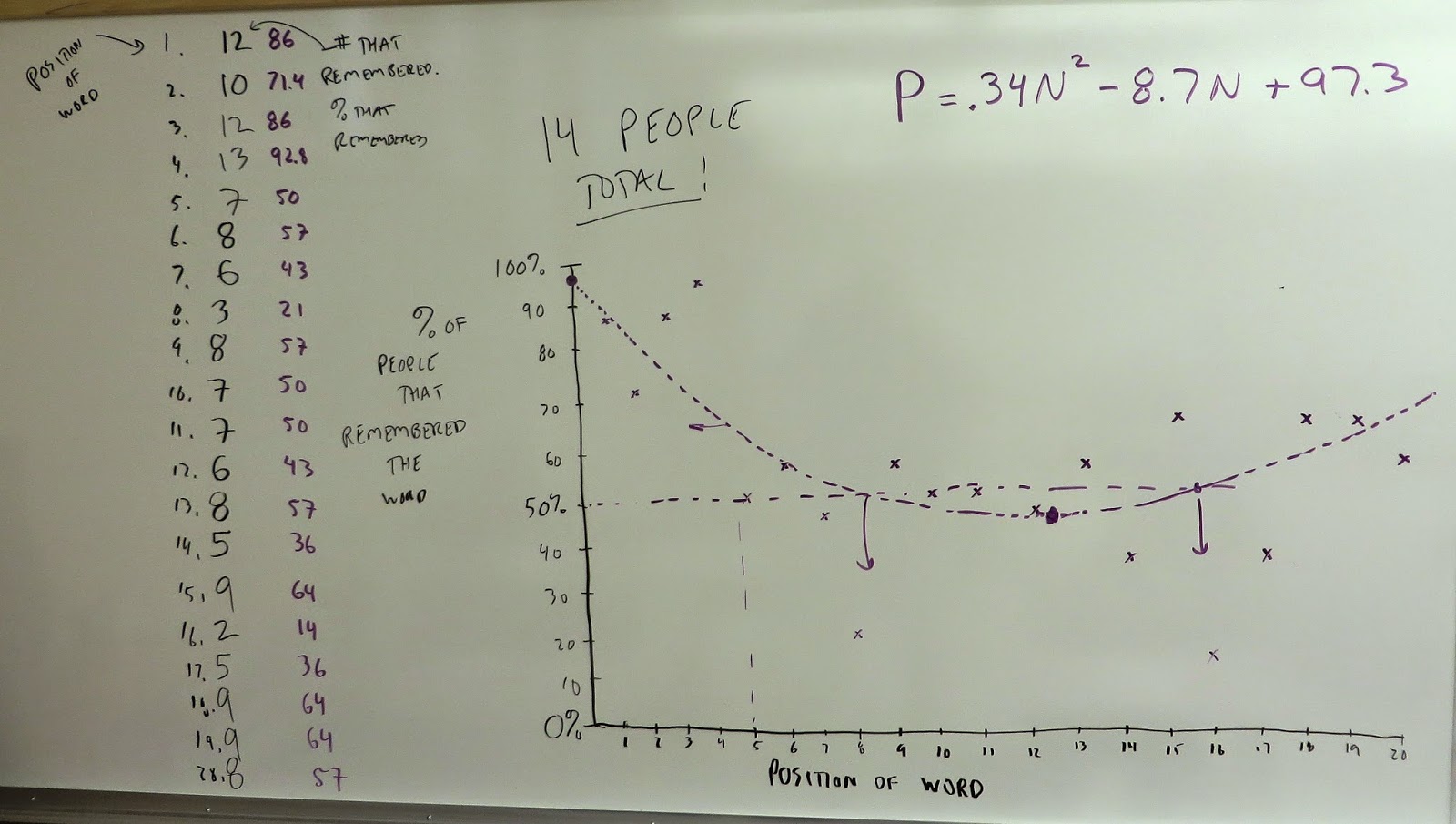 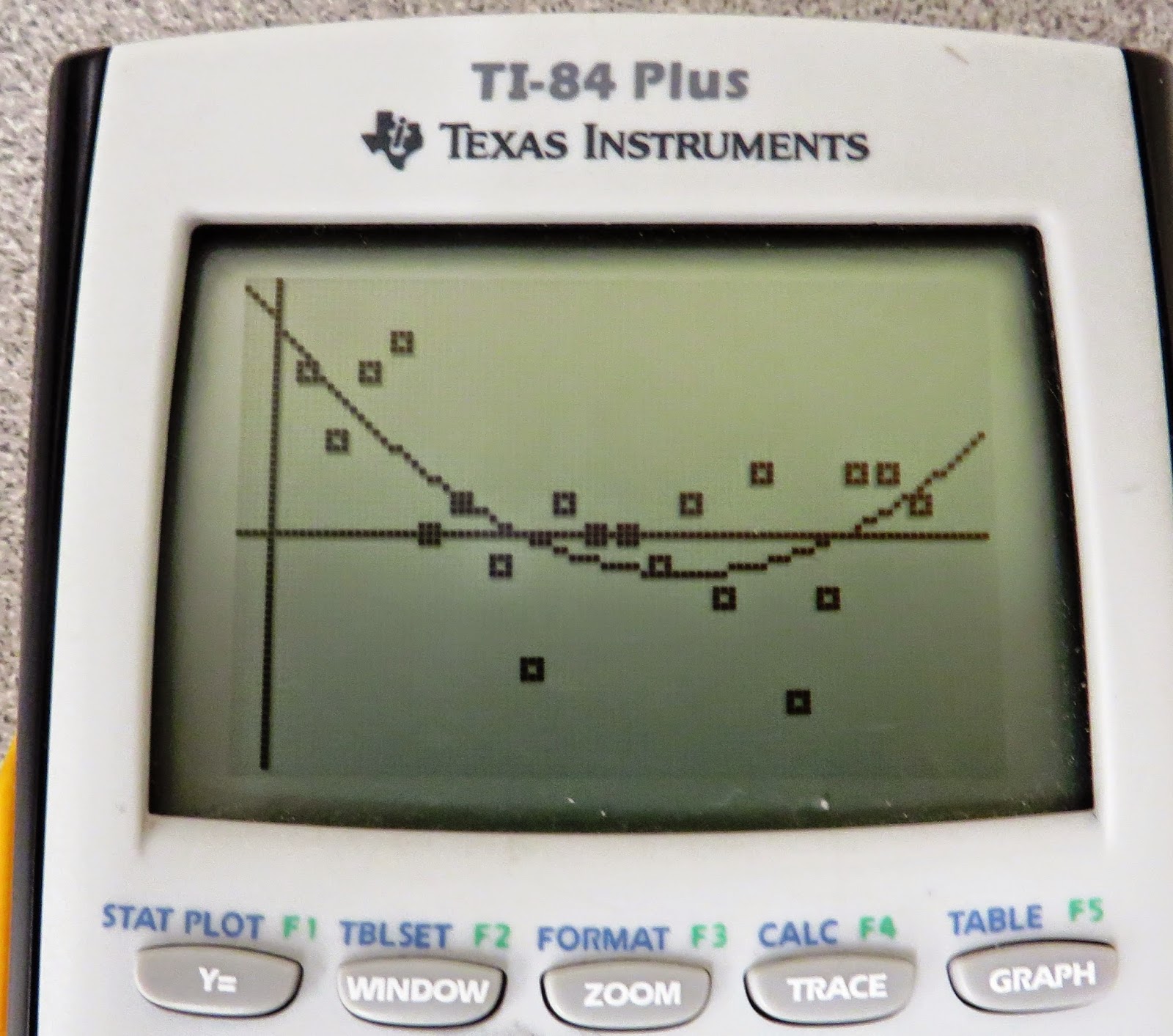 Here is some student work. This particular student did not use their model to answer all the questions. 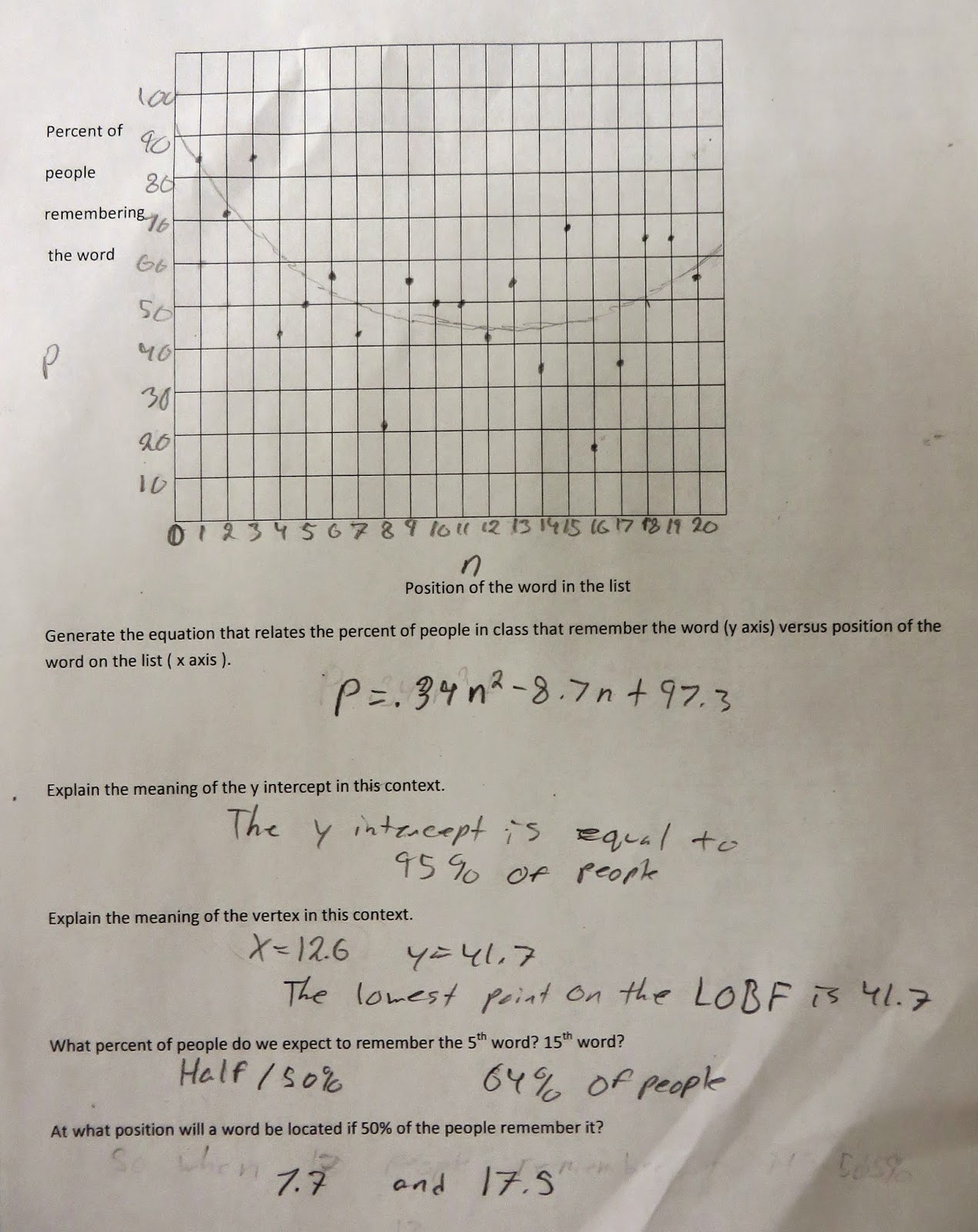 ﻿
Some questions:
a) What model is the best for this data? Why?
b) At what word position of the list did the least percent of people remember based on our model?
c) What percent of people will remember at this least percent position from part b)?
d) What position of the word would we expect 50% of our class to remember the word?
This is known as the serial position curve and leads to a nice discussion about short term and long term memory.
Ever go into a bar and ask what they have on tap? Tend to remember what is at the start of the list and the end of the list. If it was my bar I would list beers that I would want to sell at the start of the list or the end of the list.
Any other thoughts on where this might occur?
You can read more about it here and here.
I learned about this in a second year cognitive psychology course I took while I was teaching. You can also mess up the short term memory by delaying them in any way before they write down what they remember.
Fun activity.﻿